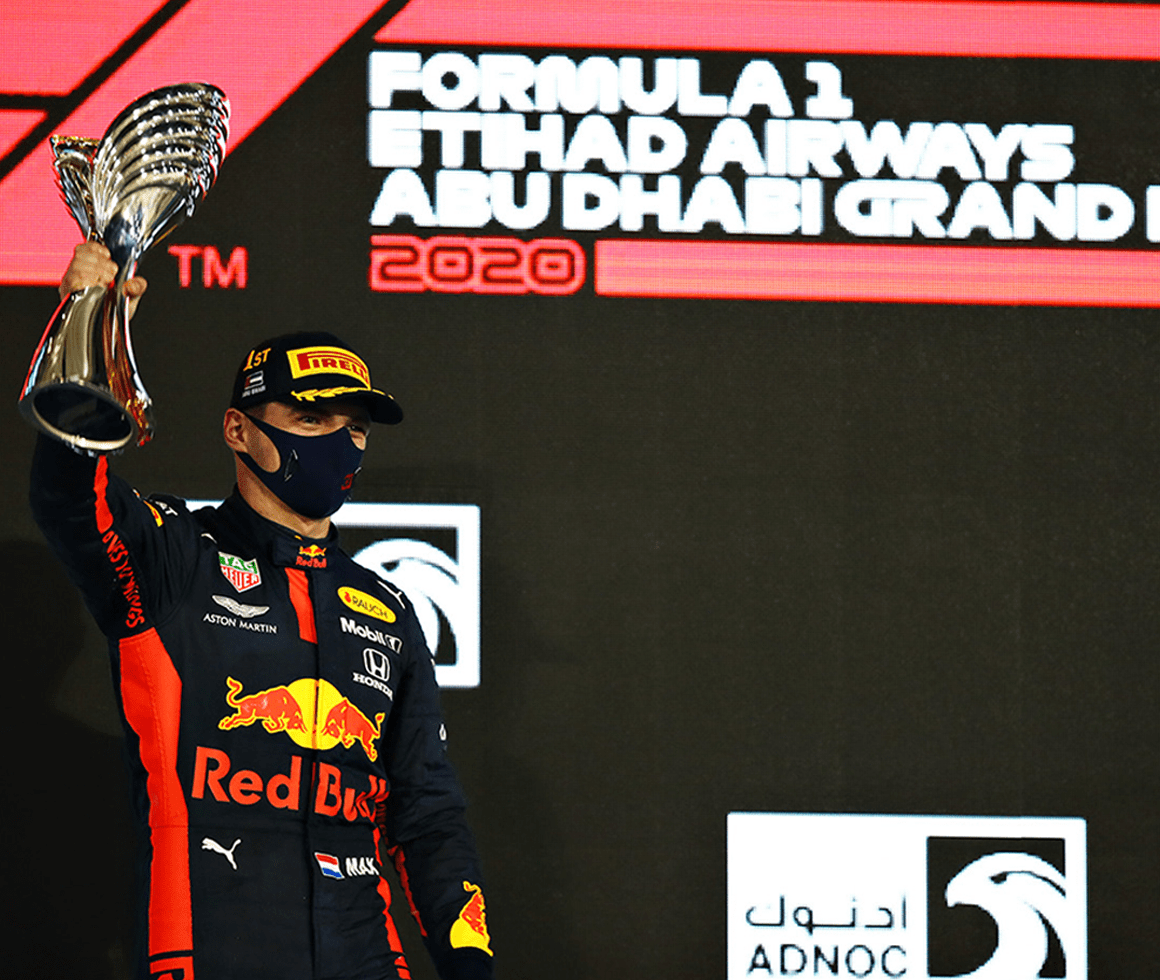 Honda showed a hint of things to come in qualifying as Verstappen stormed to his first pole of the season while all four Honda-powered machines qualified ninth or better. Verstappen used that pole to great advantage as he left the Mercedes of Valtteri Bottas in his rearview mirror at the start and rolled to a 15-second victory. The win was his second of the season and the 10th of his career, while marking Honda's third trip to the podium top step of the podium in 2020.

The only potential drama can on the 11th lap of the race when Sergio Perez' car locked a gearbox and brought out a Safety Car, erasing Verstappen's 3.4-second advantage. But this was as close as anyone got to the Red Bull car all day as he quickly built what would show to be an insurmountable lead.

Verstappen's teammate Alex Albon had a steady race after starting fifth, passing Lando Norris for fourth on Lap 7 and holding that spot for the rest of the day. The Thai-born driver made it interesting in the waning laps, closing to within two seconds of Lewis Hamilton for the final podium spot before settling for his fourth top-four finish of the year.

Pierre Gasly had another promising run in the Scuderia AlphaTauri Honda, making up three spots after the restart to place 8th – earning his 10th points-paying result in the years 17 races. His teammate Daniil Kvyat made it into Q3 for the third straight race but trouble on his first stint left him to finish 11th for the third time this season.

The finish gave Honda the 199th podium result in its Formula 1 history, and the 20th provided by Verstappen. The win was Honda's 78th and the first from pole since Verstappen's win in last year's Brazil GP.

Toyoharu Tanabe
Technical Director, Honda F1
"It was great to finish the season with a win from Max and Aston Martin Red Bull Racing, to bring Honda's total to three wins for the year. Max dominated the race, starting from pole, never looking under pressure from those behind him, leading all the way to the checkered flag. It was a fantastic performance. Alex got really close to catching Hamilton for third place, but there were not quite enough laps to do it. As for Scuderia AlphaTauri, Pierre again drove an aggressive race with some great overtaking moves and unfortunately, Daniil lost some positions after the pit stop and finished just outside the points in eleventh place. Overall, this was a strong result for Honda to round off the year. The Covid-19 pandemic meant we had a very compressed season. We had hoped to challenge for the championship title with Aston Martin Red Bull Racing, but we could not match Mercedes over the year and so it's clear we need to work very hard to improve our package. A positive is that we learned from previous seasons, improving our reliability so that we used just the three PUs allowed per driver, taking no PU-related penalties. I would like to thank everyone involved in the Honda F1 program for all their hard work in these difficult times, as well as all our friends at Red Bull and AlphaTauri. Their efforts are much appreciated and thanks must also go to the families that supported them. Along with our partner teams we will now be working very hard during what will be a very short off-season in the search for more performance, so that we can come back stronger."

Max Verstappen
Aston Martin Red Bull Racing Honda
Start 1st, Finish: 1st (2nd of season, 10th of career)
"It has been a very enjoyable two days which we didn't really expect coming into the weekend. Being on pole was already great but to win here is a perfect end to the season for us all. The tire management was good and the car had a nice balance which made it very enjoyable to drive. I expected a very tough fight today but I think we managed everything very well and there was never really a moment where I felt under pressure which is a pretty good feeling. To finish the year off like this I'm of course very happy with and I just hope we can start next season competitively, as we want to be able to try and fight for the championship, but for that we need to start strong. Everyone in the Team and at Honda has worked so hard the whole year to improve the car and this is a really good boost going into the winter and I hope everyone gets to celebrate tonight.”

Alex Albon
Aston Martin Red Bull Racing Honda
Start: 5th, Finish: 4th
"I'm happy and I think if the race was a couple of laps longer I'd be even happier as I feel we could've got past Lewis and taken another podium today. I was managing my tires at the beginning of the stint and maybe I was too conservative as I had lots of life left in them at the end of the race. I've felt very good with the car this weekend and it's probably been my best in F1. It feels great to prove to everyone that I'm strong enough mentally to deal with all the external talk and keep improving. As a Team we haven't given up, I've had a lot of support from everyone at the factory and we've worked hard with the engineers to make me more comfortable in the car. I'm just looking forward to going home and relaxing with my family."

Pierre Gasly
Scuderia AlphaTauri Honda
Start: 9th, Finish: 8th
"I'm very happy to finish P8 today. In general, it hasn't been an easy weekend and I didn't feel that good in the car, but I managed to make it count in the race when it really mattered. I'm really pleased to give the team a few more points before going into the winter break and I'm glad we made the best out of the last one here in Abu Dhabi. I would like to say a big thanks to the whole team for this season. It has been a real pleasure to work with everyone, I think we took a big step forward in all areas and we're really taking the fight in the midfield battles. Now we have a bit of time to enjoy the great things we achieved together this year and our first great win together. We'll fully recharge the battery for next season to come back even stronger and try to achieve even better performances."

"It's frustrating as I would have wanted to finish the season with a better result, but unfortunately today I got stuck in a train behind Vettel and that cost a lot of time. I think the key point of the race was during the first stint: on the Soft tires we expected the degradation to be on the rear but, instead, we finished the front tires and when you have understeer you're a sitting duck. I lost a couple of positions to some key cars before the virtual safety car which put me on the back foot. It's a shame to finish just outside of the points as the pace was there, but recovering from the first stint was very hard. The season as a whole was alright, we had some really good races, and others where we should have scored more points, but for one reason or another, it didn't happen. This is how things go sometimes, but I would like to thank everyone in the team for another intense season together."