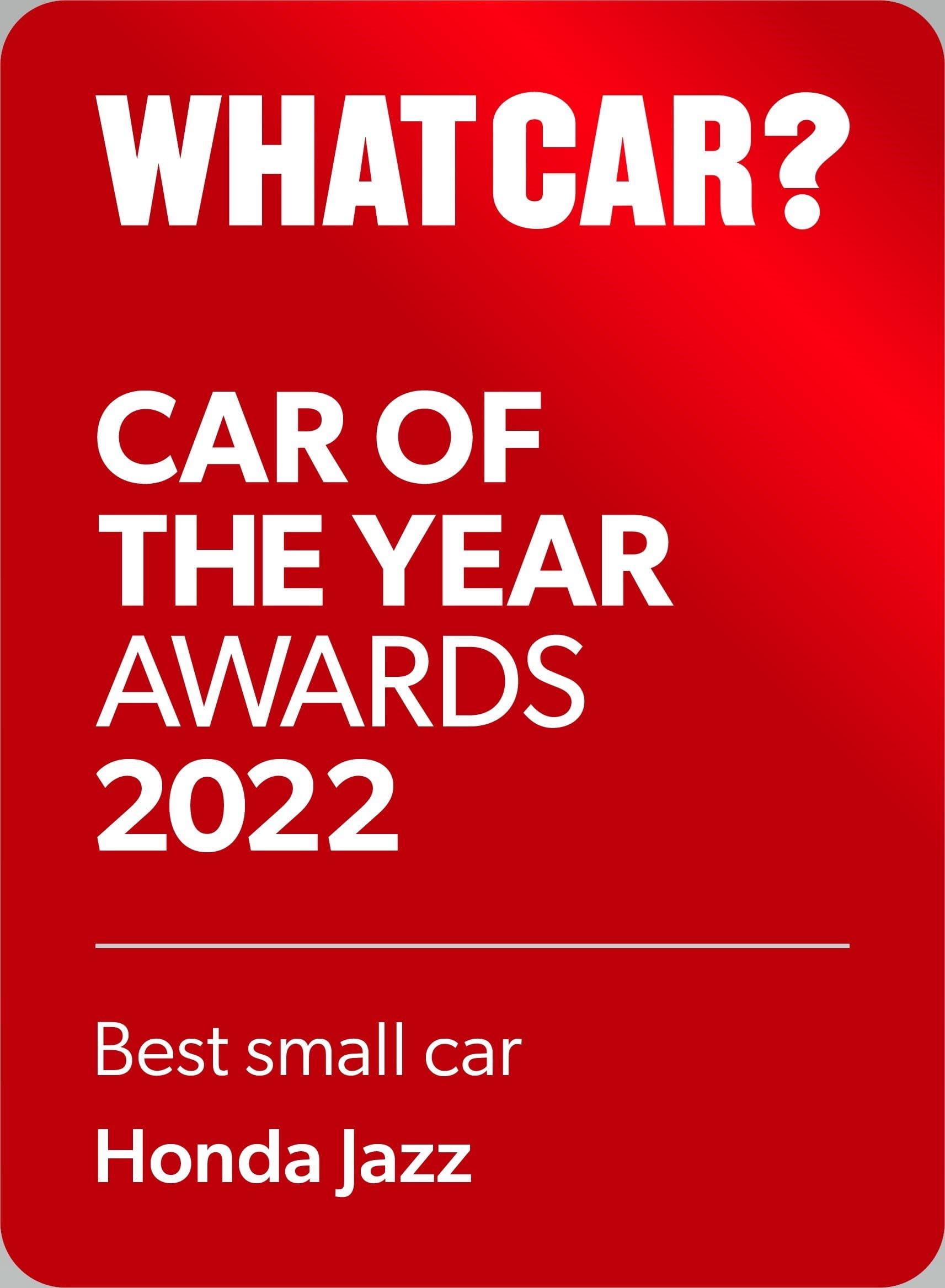 The Honda Jazz Hybrid continues to prove its credentials, in one of the most sought-after accolades in the automotive industry, winning the title of ‘Small Car of the Year’ at the What Car? Car of the Year Awards.

To be eligible for a What Car? Award, a car has to have been tested back-to-back with its rivals, both on UK roads and at What Car?’s dedicated test track.

Beating off competition from some big names, the Honda Jazz is a small car that’s big on features, including anti-fatigue seats, a large carrying capacity of up to 1205 litres with ‘magic seats’, and an infotainment system with seamless smartphone integration via both Apple CarPlay and Android Auto.

Steve Huntingford, What Car? editor commented: “The Honda Jazz is a small car that feels like a big one, not only because of the sheer amount of space you get, but also because of the comfort and refinement that it offers. The interior is incredibly thoughtfully designed, too, with lots of clever touches to improve practicality. Plus, the Jazz is an easier car to see out of than many rivals, and its hybrid technology allows it to sip fuel, particularly around town.”

Rebecca Adamson, Head of Automobile at Honda UK, commented:  “To begin 2022 with an award win is a great achievement for the Honda Jazz and being recognised by the UK’s biggest car-buying brand is a fantastic badge of honour. The Honda Jazz is very important to us and our top-selling model -  I very much look forward to seeing its success continue”.

Honda manufacturers a broad product range encompassing car, motorcycles, power products (including marine, energy, lawn and garden and ATV) and aviation and was the first Japanese automobile manufacturer to release a dedicated luxury brand, Acura, in 1986.

Since 1986, Honda has been involved with artificial intelligence/robotics research and released their ASIMO robot in 2000. Honda has also ventured into aerospace with the establishment of GE Honda Aero Engines in 2004 and the Honda HA-420 HondaJet, which began production in 2012.

Honda has over 55 years of World Championship Racing. Today, Honda is an active participant in motorcycle, touring car and ATV racing and draws upon its proud racing heritage in every aspect of business.