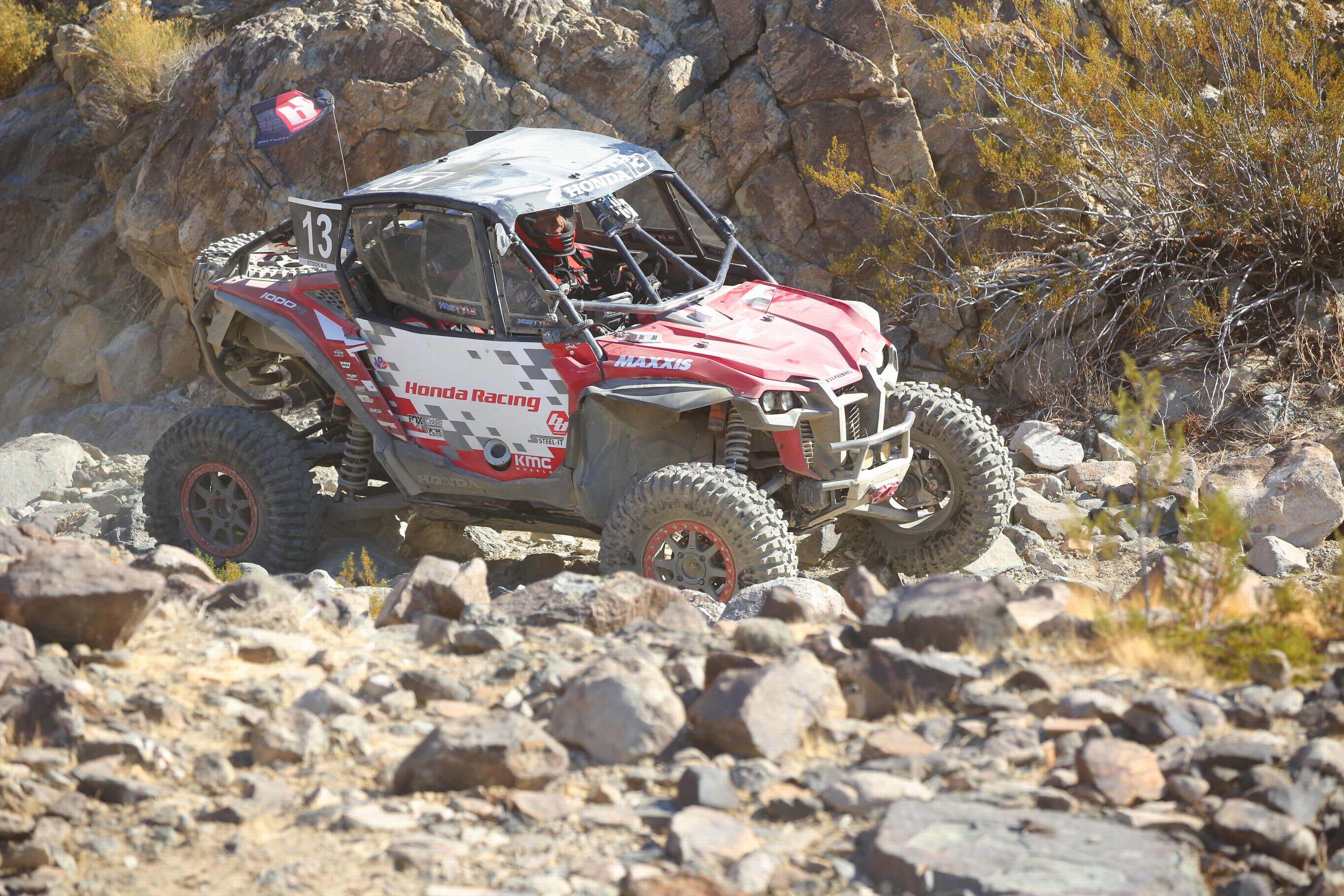 The Honda Off-Road Factory Racing team is off to a strong 2022 start with a first-ever King of the Hammers win for the Honda Talon. This year’s event held up to its reputation as one of the roughest off-road races and continues to grow in popularity – with nearly 60,000 spectators and over 500 teams populating “Hammertown, USA,” a temporary community in Southern California’s Johnson Valley.

"We're beyond excited to bring home a win for the Honda Talon at King of the Hammers," said Team Principal Jeff Proctor. "It's been a fast learning curve for the team, but with all the Honda support, success has come quickly."

Building off of their 2021 finishes, the team again fielded rock-racing specialists Bailey Cole and Jordan Pellegrino, who had spent the last month doing their pre-running "homework" – combing the area's canyons and trails to document the ever-changing landscape. Cole qualified 46th and Pellegrino was 79th out of 129 race entries. For the first time, the event's side-by-side competition was broken up into classes, with the Honda Talons running in the UTV Stock Normally Aspirated division.

Cole went into the February 3 race with a solid strategy of maintaining a conservative pace in the desert section, then doing what he excels at – finding speed in the technical rock sections. While holding to that strategy, he quickly became a stand-out with his overall speed. Cole built an early 20-minute lead in his class and despite some time-eating issues, his finishing time of 6 hours, 27.09 seconds was over 40 minutes faster than second place, earning him 14th overall. Only 34 out of 129 UTVs finished the race.

"I had a blast on this KOH course, and to bring home the first KOH win for the Honda Talons made it one of my most memorable events," Cole said. "I've grown up out here, racing in many different classes, watching manufacturers come out to test and prove their vehicles. It means a lot to be trusted to bring a relatively new platform, like the Honda Talon, to such a difficult race and prove that not only it is tough enough, but it has the pace to win. It was an honor to once again represent Honda and show off the Talon's capabilities. This win feels amazing."